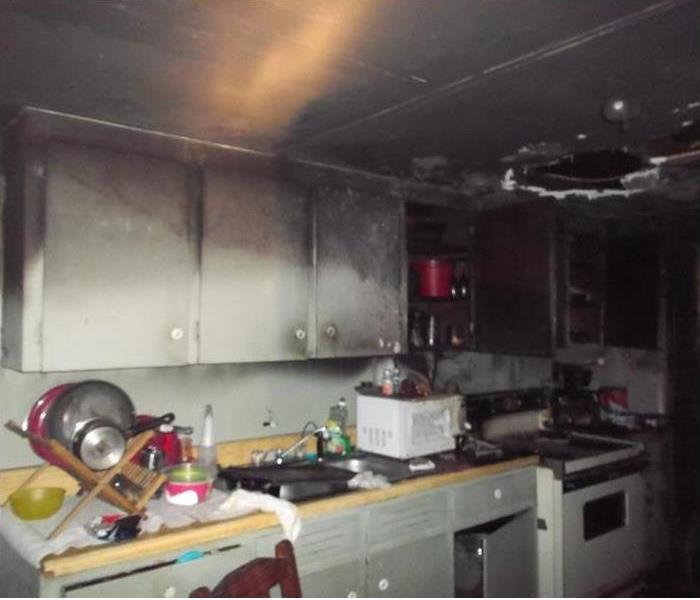 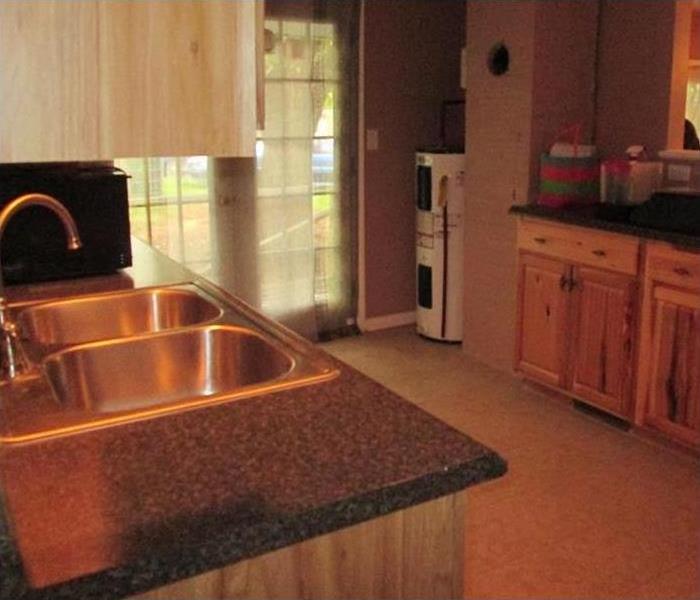 Fire damage was extensive to this Seminole home. The fire began as a grease fire on the stove. You can see in the before photo the damaged ceiling above the stove. Grease fires burn very hot which caused the damage to the ceiling. In addition, grease fires produce a lot of smoke and soot damage. There was also a lot of water damage from the firefighting effort. We cleaned up the water and then began the cleanup of debris left by the fire. We had a crew working on the soot damage throughout the house while we were dealing with the damage in the kitchen area of the home. The damage to the kitchen was so extensive that we tore out the kitchen and rebuilt it. The after photo shows the rebuilt kitchen.

View More Before & After Photos