Fire Damage In Your Seminole Kitchen 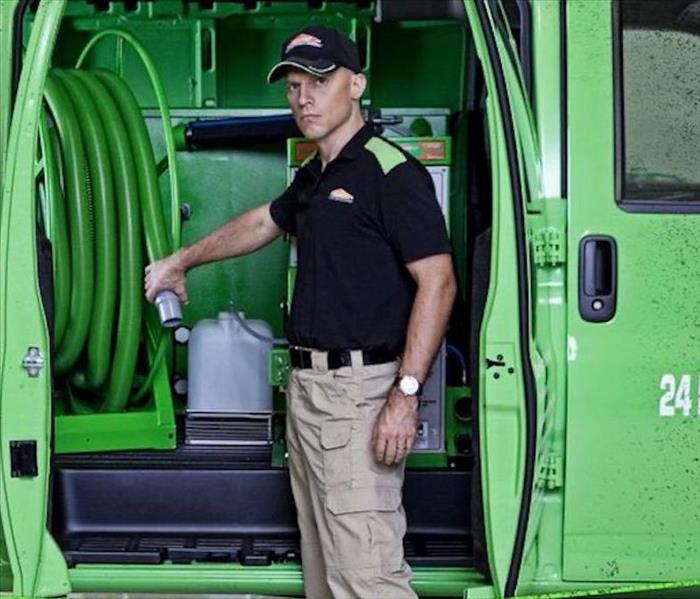 You need a team you can trust after a fire strikes in your home. Call SERVPRO right away.

Why Food is Not Safe After Fire Damage in Seminole Kitchens

When fire damage occurs in a kitchen, the monetary loss to the homeowner often includes the replacement of foodstuffs. That exotic never-opened olive oil that got brought back from a dream vacation in Italy or the case of pickles bought on sale turn out to be a loss? Probably. The common question homeowners ask is, "Why toss sealed food?"

When SERVPRO techs clean up fire damage in Seminole homes, particularly kitchens, they have extensive training in fire loss. They know soot particles exist smaller than the human eye can see, and food sealed in containers gets contaminated. Also, anything in a can or jar exposed to the heat of the fire or firefighting chemicals could appear okay but contain dangerous bacteria.

Food Items That Are a Loss Due to Fire Commonly Include:

SERVPRO techs make safety the highest priority during fire loss cleanup. After a kitchen fire, even a closed refrigerator or freezer that did not receive outward damage beyond needing smoke damage cleaned from the exterior often needs the contents disposed of due to probably soot contamination. The reason for this is because the seals on the fridge and freezer may not be airtight.

Removal of Soot and Smoke Damage

The techs take several steps to ensure the air quality is healthy during and after fire loss cleanup. Air scrubbers run continuously to capture airborne soot particulate, and containment over doorways and vents keep the potential for cross-contamination to other areas of the home is low.

During a fire, hot air expands and pushes into any opening, including the ductwork in the home. Soot typically gets found within the ductwork of the home. SERVPRO techs can inspect and clean the ducts as needed to ensure the house is free from soot and smoke odors.

SERVPRO of Seminole & Central Gulf Beaches at (727) 391-6212 cleans up and offers full restoration services to homes with fire damage. With their advanced methods and equipment, the techs make the fire damage “Like it never even happened.”